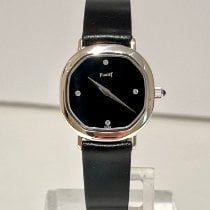 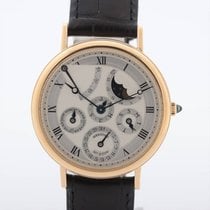 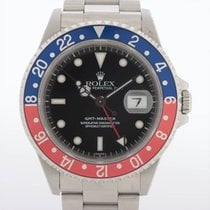 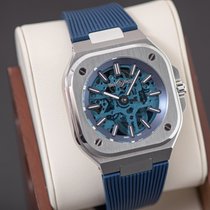 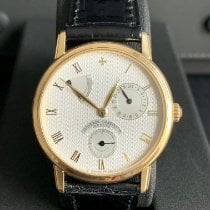 The Safest Path to Your Dream Watch

The mechanical watch is one of humanity's most important cultural innovations. For centuries, watches have been keeping track of time. Today, there is a myriad of environmentally-friendly mechanical watches running precisely without a battery.

Watch lovers and collectors have been enthusiastically celebrating mechanical watches for decades. Wristwatches from Rolex or Patek Philippe are considered some of the most coveted luxury watches there are, and for good reason. Both manufacturers produce mechanical timepieces that are valuable and maintain their worth. Some vintage models and limited editions even increase in value over the years.

However, there was a time when mechanical watches had a difficult time surviving. With the rise of inexpensive quartz watches in the 1970s, many watch manufacturers found themselves in extreme hardship. Some brands were forced to quit and have since disappeared; today, they are only known by watch experts. Before the quartz boom, mechanical wristwatches and pocket watches were everyday items. If you wanted to know the current time, you needed a watch, and at that time, most had a mechanical movement. However, since quartz watches were less expensive than their mechanical siblings in the mid-1970s, quartz timepieces almost completely wiped mechanical ones off the map.

Mechanical watches experienced a comeback in the beginning of the 1980s, however. Watch lovers and collectors rediscovered the charm of a ticking mechanical movement, and felt able to accept deviations of seconds or minutes. However, it was really about the technology and precision engineering inside the watch. Since most manufacturers switched to making quartz watches, fans of mechanical watches had to find these timepieces at flea markets, auctions, and in leftover stock. In those days, it was easy to get a good bargain. That changed a few years later when the demand for old mechanical watches exceeded the supply. Traditional watch manufacturers noticed this change and began to offer mechanical watches in their collections once again. New brands and manufacturers also began to spring up in abundance, such as the German brand Nomos. Roland Schwertner founded this business in 1990, shortly after the fall of the Berlin Wall.

Classic watchmaking has been experiencing a renaissance and a completely unexpected boom in sales. Wristwatches have transformed from a basic commodity to a status symbol for both men and women.

There is an abundance of mechanical watches, from inexpensive pre-owned or new models to mid-priced new watches to exclusive pieces which can cost upwards of a million euros. You can find pre-owned vintage watches from brands such as Seiko for less than 100 euros . These watches are often in good condition and are an inexpensive introduction to the world of mechanical watches. You can also find new watches from Japanese manufacturers such as Citizen, Orient, and Seiko in the 100 - 200 euros price range. There are many manufacturers, such as Junkers or Zeppelin, that use Japanese movements from Miyota in their introductory models. Miyota is Citizen's caliber department.

Swiss mechanical watches are also available at inexpensive prices. A used, vintage Tissot watch costs between 100 and 400 euros. A new Tissot PRS 516 , one of their most famous and popular models, costs around 500 euros. A highlight in this collection is the Powermatic 80 variant, with an impressive 80-hour power reserve. It's available for around 700 euros; usually, watches with long power reserves cost a few thousand euros. With an added stopwatch function, a used PRS-516 costs around 1,000 euros. New watches from this series cost around 1,600 euros. Mechanical watches from Certina, Hamilton, or Longines are in a similar price range to Tissot's.

The Swiss watch manufacturer Omega has an excellent reputation in the watch industry. Their timepieces are defined by their innovative technology, appealing designs, and an excellent price-performance ratio. One of Omega's most popular models is the Speedmaster Professional Moonwatch. This chronograph was the first to reach the Moon. Pre-owned models in very good condition are available for around 2,500 euros. New, the Speedmaster Professional costs at least 3,000 euros. Special editions like the Silver Snoopy Award Limited Edition have doubled in value: originally, the watch cost 5,900 euros, while it now costs 12,000 euros new.

Rolex is probably the most famous watch brand worldwide. There's no other brand that stands for luxury and prestige like Rolex does. The Submariner and the Daytona are two of the most sought-after Rolex models. The bicolor Daytona is available pre-owned starting for around 8,500 euros. Pre-owned Daytonas made of stainless steel, however, cost at least 10,000 euros. New, the bicolor model costs 10,000 euros; a new stainless steel model costs around 14,000 euros. Stainless steel Rolex watches are especially in demand and thus maintain a more stable value. The Paul Newman Daytona is also quite popular. This model can be identified by its contrasting dial edges and subdials. The numbers on the dial are in an Art Deco style. Models with reference number 6239 are particularly rare. If they feature a Paul Newman design, these watches can easily cost over 100,000 euros.

The Rolex Submariner, one of the first diving watches ever produced, is available pre-owned for around 4,500 euros. New models without a date display and the distinctive date magnifier cost about 6,000 euros. With a date display, the Submariner costs around 7,000 euros. A vintage Submariner with reference number 1680 and red writing on the dial costs between 10,000 and 20,000 euros. It earned its nickname "Red Sub" thanks to its characteristic red text.

Every mechanical movement has multiple gears. In each movement, the energy for the movement of the wheels comes from a specific storage. In large grandfather clocks, these are weights attached to chains, and the chains must be pulled in order to wind the movement. Pocket watches and wristwatches, on the other hand, have mainsprings which can be wound via a key or a crown. The potential energy stored in the wound mainspring is released to the train in a controlled fashion. Mainsprings were also what made it possible to downsize movements. Another pioneering invention was the concept of crown winding, which made easy-to-lose keys obsolete. One of the first pocket watches with crown winding came from Louis Audemars. The business introduced this watch feature in 1838. You can also set the hands using the crown.

A mechanical movement functions very simply in theory. The mainspring receives its energy via the crown, winding stem, and wheels of the winding system. In order to prevent the mainspring from suddenly unrolling, there's a small stopwork. The train reduces the high force of the mainspring. The train's transmission is calculated so precisely that the seconds wheel makes a full rotation every minute. The escapement is located at the end. It's comprised of a pallet and an escape wheel. The escapement prevents the train from going out of control, and it ensures the watch keeps running by forwarding tiny force pulses to the balance wheel. The balance wheel keeps the pace of the movement, oscillating back and forth. It's comprised of the balance rim and balance spring, which is the beating heart of every mechanical caliber. Without the balance spring, the balance wheel along with the entire movement would stop moving after a short time. Thus, the escapement and oscillation systems form the base of every mechanical watch.

The motion train is located under the dial. Generally, this reduces the center wheel's number of revolutions by one-twelfth. The center wheel makes one rotation on its own axis every 60 minutes. Thus, the hour hand makes one full rotation every 12 hours.

The invention of automatic winding revolutionized the mechanical watch, as automatic watches wind themselves just by being worn. The regular morning ritual of winding your wristwatch ceased to exist. In order for the watch to automatically wind, a rotor is used. Thanks to the constant force of gravity, it's always being pulled towards the center of the Earth. When you move your arm up and down, the rotor rotates around in the case and winds the mainspring.

Both winding systems have a so-called reduction gear. This converts the fast movements of the rotor into slower ones with a higher torque. The end of the mainspring is not directly connected to the barrel. Rather, the end is connected to the so-called slipping spring so that the mainspring doesn't break off. When the movement is fully wound, the slipping spring slides along the inner wall of the barrel.

Mechanical watches with an automatic caliber have many advantages to offer. For one, they're convenient, as they don't need to be wound by hand. They also don't require batteries to run, making them generally more environmentally friendly than quartz watches. Generally, automatic movements are also more precise than manual movements, as the oscillating mass provides constant tension to the mainspring. That involves constant torque, which positively affects the amplitude. Amplitude is a term referring to the degree of rotation the balance wheel moves per oscillation.

Amongst watchmakers, the in-house, automatic Rolex calibers are considered some of the best, most robust, and most precise movements in existence.

One of the most complicated wristwatches in the world is the Patek Philippe Grandmaster Chime with 20 complications. The timepiece has multiple acoustic complications, such as a minute repeater, petite sonnerie, grand sonnerie , an alarm with time strike, and a perpetual date repeater. The watch can also function as an alarm. It can even chime the time. Furthermore, it displays a second time zone, a perpetual calendar, power reserve indicators for the going train and strikework, a day and night display, and a moon phase display. The caliber 300 GS AL 36-750 QIS FUS IRM, which powers the Grandmaster Chime, is comprised of 1,366 pieces. The watch's red gold case is very finely chiseled, and in order to display all of the complications, the watch has a dial on the front and back side. Patek Philippe calls this "double face." There are only seven Grandmaster Chime watches in the world, one of which is located in the Patek Philippe Museum. This extravagant watch costs around 6.4 million euros.