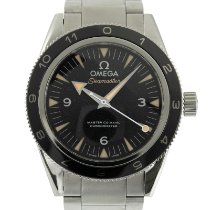 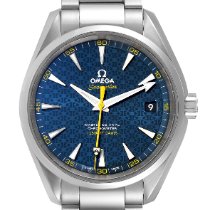 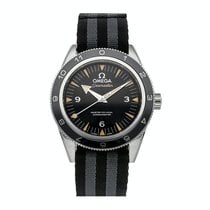 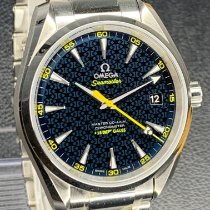 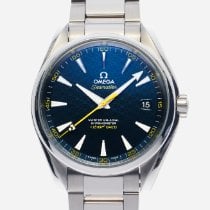 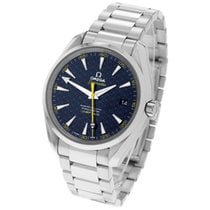 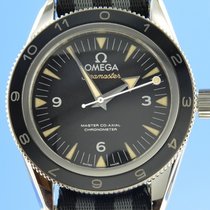 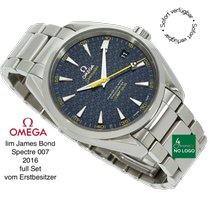 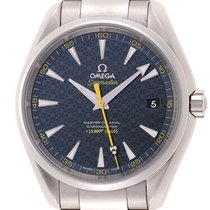 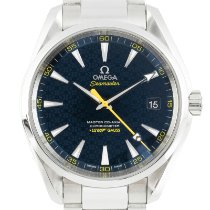 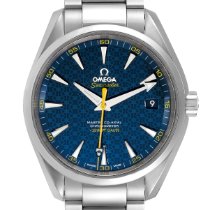 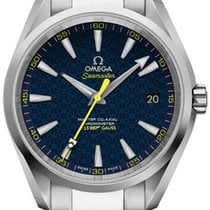 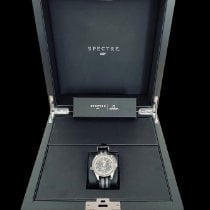 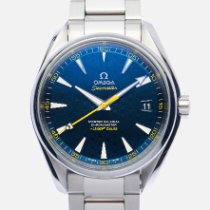 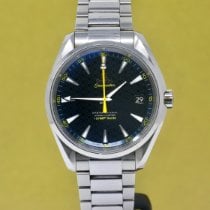 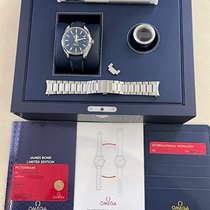 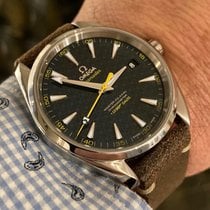 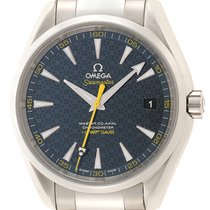 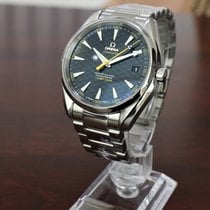 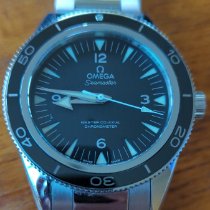 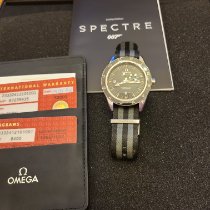 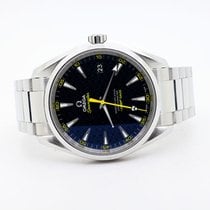 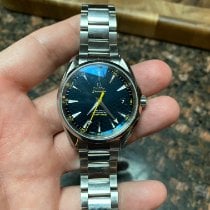 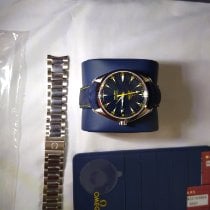 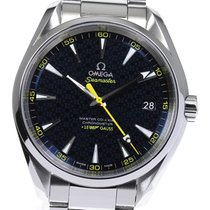 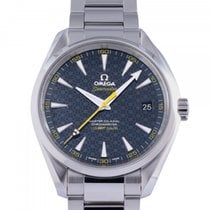 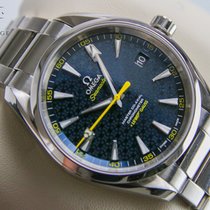 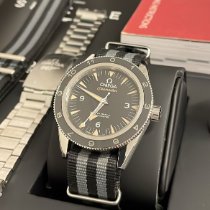 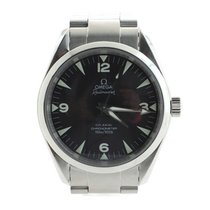 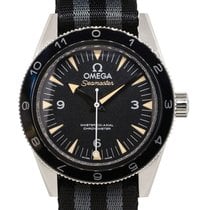 Released in 2015 for the 24th film in the James Bond series, Spectre watches are rare and highly coveted. There are two limited editions: a Seamaster 300 and an Aqua Terra 150M. Both are chronometers and boast magnetic resistance of up to 15,000 gauss.

The partnership between Omega and James Bond turned 20 in 2015. That same year, the 24th Bond film, "Spectre," hit theaters. The Swiss luxury watch manufacturer marked the occasion with two limited editions: the Omega Seamaster 300 Spectre and the Aqua Terra 150M Spectre. Bond, played by Daniel Craig, sported both models on the silver screen.

The Seamaster 300 version had a limited run of 7,007 pieces and is highly coveted among watch collectors. Due to high demand, this Spectre watch sold out almost immediately, and its price has since increased by several thousand dollars. In the movie, this timepiece has an explosive additional function. However, the main features of the consumer model are its 12-hour bezel and lollipop second hand. Thanks to the Master Co-Axial caliber 8400, this watch is extremely precise and can withstand magnetic fields of up to 15,000 gauss.

Omega produced 15,007 units of the Omega Aqua Terra 150M Spectre. This Seamaster Aqua Terra has retained its value well but is not as sought-after as the Seamaster 300 Spectre. The Bond family coat of arms inspired several elements of the Aqua Terra 150M Spectre. You can find the pattern on its blue dial, as well as on the second hand. On the reverse side, the caliber 8507 is a sight to behold. Its skeletonized rotor with a James Bond engraving resembles the famous "gun barrel" opening sequence from nearly every Bond film.

5 Reasons to Buy an Omega Spectre

How much does the Omega Spectre cost?

Prices for the Omega Seamaster 300 Spectre

The Omega Seamaster 300 Spectre is easily one of the most popular Bond watches and a favorite Seamaster edition overall. Not only did this diving watch sell out quickly, but it has also performed extremely well from a financial perspective. Limited to a run of 7,007 pieces, this Seamaster 300 had an original list price of 7,500 USD. The same watch was selling for almost 8,300 USD only a few months later. By late 2017, it had passed the 9,000-USD mark. As of mid-2021, a Seamaster 300 was demanding just under 10,000 USD, regardless of condition.

The Design of the James Bond Seamaster 300

The design of the Seamaster 300 Spectre is very similar to that of the standard model, with a few notable exceptions. The numbers 0 through 11 on the ceramic bezel immediately catch the eye. They are made of Liquidmetal, an amorphous metal alloy that is more resistant and elastic than titanium or aluminum alloys. The bidirectional bezel also allows you to keep track of the time in a second time zone by synchronizing it with the hour hand.

On the other hand, the normal Seamaster has a unidirectional bezel with a 0 to 60 scale. This is a classic feature of diving watches. Before you start your dive, you turn the bezel and align the zero marker with the minute hand. This way, you can keep track of how long you've been underwater.

Both models feature triangular indices similar to those on the first Seamaster 300 from 1957. Other details from the original include Arabic numerals at 3, 6, and 9 o'clock; the only difference being the 1957 version featured a numeral at 12 as well. The Spectre edition replaces the numeral with the company name and logo. Another common feature is the arrow-tipped hour hand; however, the second hands differ. The standard Seamaster has a triangular tip, while the Spectre edition has a "lollipop hand" with a circular tip.

The most noticeable feature of the Spectre watch is its gray and black NATO strap. James Bond (played by Sean Connery) first donned a NATO strap in the 1964 film "Goldfinger." In close-up shots, you may notice the 18-mm strap was too slender for the Submariner's lugs.

The automatic caliber 8400 ticks away inside the Omega Spectre. This movement features a co-axial escapement, an alternative to the traditional Swiss anchor escapement. The co-axial escapement boasts increased accuracy and efficiency. The balance wheel oscillates at 25,200 vibrations per hour (vph). Omega crafts the balance spring out of silicon. Silicon, a metalloid, has anti-magnetic properties, thus protecting the movement from magnetic fields. In fact, this watch can withstand up to 15,000 gauss. What's more, double barrels lend this timepiece a 60-hour power reserve.

Like its historical predecessor, Omega does without any additional functions in this caliber. In Spectre, Bond asks the quartermaster if the watch does anything. Q responds, "It tells the time." However, later in the film, we learn that it also doubles as an explosive device.

Features of the Omega Seamaster 300 Spectre

You can purchase a pre-owned version for around 6,100 USD. In summary, if you're looking to get your hands on a limited-edition Omega James Bond watch and aren't that concerned with value appreciation, the Aqua Terra 150M Spectre is a worthy candidate.

The Aqua Terra 150M Spectre's blue dial features the Bond family coat of arms in a unique, interlocking pattern. A black outline of the coat of arms with three yellow dots in the middle also adorns the tip of the second hand. The family motto is "Orbis non sufficit" – the world is not enough. Fans will recognize this phrase from the 1999 film of the same name and the 6th Bond movie "On Her Majesty's Secret Service" (1969).

You can view the caliber 8507 at work through the display case back. This movement has a special oscillating weight that resembles a gun barrel with a bullet in the middle. This is a nod to the gun barrel sequence from the opening credits of every James Bond movie.

Like the Seamaster 300 Spectre, the Aqua Terra 150M is also resistant to magnetic fields up to 15,000 gauss thanks to its anti-magnetic silicon components. Omega outfits the caliber 8507 with a co-axial escapement. The final watch is a certified Master Chronometer. To be certified, the watch must pass tests verifying its precision, water resistance, and resistance to magnetic fields. Finally, there's also a date display at 3 o'clock and sapphire crystal that provides a clear view of the dial.

A Vintage Chronograph for the Closing Sequence

At the end of "Spectre," James Bond sports a third Omega watch. More specifically, he wears a vintage chronograph with the caliber 321 in stainless steel. This timepiece bears the reference number 101.010 and was produced in the 1960s. It looks stunning next to Bond's iconic Aston Martin DB5, also a product of the 60s. This exquisite car has appeared in several Bond films. The gold version of the chronograph sells for between 3,500 and 6,000 USD, depending on its condition.